Visiting Lamu Old Town is like taking a journey back in time. For this journey to work, you need to adopt a laid-back attitude. After all, how fast can you go on a donkey? So, take life easy, and enjoy Lamu, Kenya’s oldest and best-preserved Swahili settlement.

Lamu Old Town was one of the original Swahili settlements on the East African coast. Established in the 14th century, Lamu town has been occupied continuously since.

Lamu Old Town is located on Lamu island, some 350km (212 miles) north of Mombasa. Lamu is one of the islands in the Lamu Archipelago, a group of islands that extends for some 100km north of Lamu town. Of the islands, Lamu, Pate, and Manda are the largest, while Manda Toto and Kiwayu are other notables.

With all these enchanting islands to visit, you are spoilt for choice. You may choose to sail around the islands in traditional dhows, go snorkelling, or swim with the dolphins. Besides, there is enough to do in Lamu Old Town, a World Heritage Site since 2001. Below is a sample of activities.

Stroll around Lamu and Shela

Take a leisurely morning stroll and explore the town. Walk along the narrow, winding alleys and visit the colourful markets. Sip kahawachungu (bittersweet coffee) and nibble sweet mahamri (Swahili doughnuts) at the street kiosk as you people watch.

To get to Shela, you may take a 10-minute boat ride or a 45-minute walk along the beach. Shela, a peaceful fishing town, is just over 2km south of Lamu. Sit back and enjoy the scene. After all, this is the Kenyan coast, where you take everything polepole (slowly).

Consider taking a day boat trip from Lamu or Shela to the ruins of Takwa town on Manda Island. The inhabitants of this once-thriving settlement abandoned it in the 17th century to settle in Lamu and Shela. Twice a year, the people of Shela go to pray for rain at the Pillar Tomb in Takwa.

You could have a picnic on the island or even camp overnight. You might also want to combine the excursion with a visit to the nearby Manda Toto Island.

Located at Lamu’s seafront, the Lamu Museum houses a remarkable collection of material culture, not only of Swahili, but also of the mainland Orma, Pokomo, and Boni people.

The building, which was once home to Queen Victoria’s consul, was constructed in 1892 and established as a museum in 1971. The exhibits include a reconstructed Swahili house and artefacts from the Takwa ruins in Manda Island.

The German Post Office was opened in 1888 when Witu, a small inland settlement, became a German protectorate. The ruler of Witu had entered an alliance with Germany in a bid to fend off attacks by Lamu and Zanzibar. This was the first post office on the East African coast, underscoring Lamu’s position as the centre of maritime trade in East Africa. The post office closed in March 1891 after Germany withdrew its control over Witu. The Kenyan government turned the post office into a museum in 1996.

Call in at the Swahili House Museum

To catch a glimpse of typical Swahili life and architecture, drop in at the Swahili House Museum. The house was originally owned by a wealthy Lamu merchant who abandoned it and migrated to the mainland. The premises remained unoccupied until the National Museums of Kenya restored it and turned it into a museum.

Visit the Swahili House for a veritable window into the past. Through it, experience the life of a wealthy Swahili family in the 18th century.

This imposing multi-storied structure with a central courtyard was built between 1813 and 1821. The then Sultan of Oman used the fort as a base to consolidate his control over the East African coast. The fort served as a prison from 1910 until 1984, when the National Museums of Kenya acquired it. Today, it is home to an environmental museum and a library, including an impressive collection of Swahili poetry.

Take a dhow to the Kiunga Marine National Reserve

North of Lamu island along the Indian Ocean coast lies Kiunga Marine National Reserve, a chain of some 50 calcareous offshore islands and coral reefs. The islands teem with sea life including the rare dugong fish, sea turtles, sea urchins, and a host of other marine creatures. Here you can indulge your craving for water skiing, diving, windsurfing, and snorkelling. Seize the opportunity to see the migratory birds that nest on the islands.

You may fly to Lamu from Mombasa, Malindi, or Nairobi. You will land at Manda Island and then must take a 5-minute boat ride to Lamu town. You could get to Lamu by bus from Mombasa via Malindi. However, bandits have attacked buses sporadically.

Lamu has been inhabited continuously for over 700 years, making it the oldest Swahili settlement in East Africa. There is no motorized transport in Lamu. Donkeys and dhows are the only means of transport. However, almost everything is within walking distance.

Lamu is an important centre of Islamic learning and Swahili culture. The people of Lamu are mostly Muslim and conservative. Alcohol is only served at a few designated properties and women are expected to be covered up. Loose trousers and tops and long skirts should do the trick.

Lamu welcomes visitors. Please check for any Covid 19-related restrictions from your end. So, fish out your most conservative attire and take a journey back in time to Lamu. Do any of the above activities or just sit back on a rooftop terrace with your cold drink and watch the dhows sailing in and out. After all, you are in Lamu, where everyone takes it polepole (slowly). 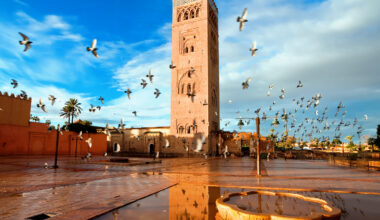 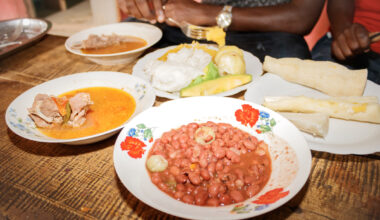 Read More
By Samantha McGreen Travelling to Uganda can be an extremely interesting and rewarding experience. The people are extremely…
TTravel 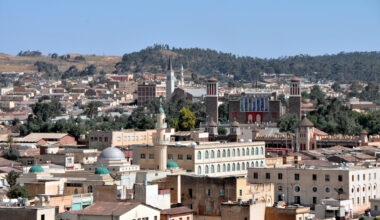 Read More
By Jane Darragh Eritrea lies in East Africa, bordered on the northeast and east by the Red Sea.…