But if tramadol were internationally scheduled, would it fix the abuse problem in the region?

Olivia Boateng from Ghana’s Food and Drugs Authority thinks it would help. “If we sit in Ghana and do our own laws in isolation and Nigeria does not do the same thing, we will have a spillover,” she says. “But if it were internationally scheduled, it would cut across and bring about a safe, legitimate supply chain. We have had [scheduled] morphine over the years, but have not had this sort of global abuse we have with tramadol.”

While a worldwide law isn’t on the horizon, interregional cooperation on tramadol is growing. Last year, India introduced measures to control the drug under its narcotics law, giving its authorities the power to deal with illicit manufacturing and smuggling. And in May, the UNODC and the International Narcotics Control Board organised a trilateral meeting between India, Ghana and Nigeria to look at how to counter tramadol trafficking.

However, Ane Loglo is less sanguine about international control. In her view, advocacy, education and interagency cooperation – rather than repression, which pushes the drug underground – can be effective. But where an international perspective is needed, she says, is in recognising that tramadol is just one small part of the region’s much bigger problem of counterfeit medication, much of which is substandard. Fake pharmaceuticals in Africa account for up to 30 per cent of the market. The worldwide market is estimated to be worth up to US$200 billion. Even if tramadol were controlled internationally and the flow of it were stemmed, as long as the counterfeit market continues to flourish, something else will simply take tramadol’s place.

Boateng also worries about this, especially if the underlying issue of addiction in general is not addressed. “We will have another molecule, chemical or product on our hands very soon. If we don’t tackle the addiction problem, we will always be doing this firefighting.”

Indeed, back in Lomé, Ayao is hanging out with a friend in his neighbourhood. They’re talking about a little white pill that’s new on the streets, nicknamed écouteurs (headphones) after the motif on its face. They don’t know exactly what it is, only that it is much stronger than tramadol, and cheaper, too, now that the price of tramadol has gone up.

But neither seems keen to dabble with it. They recount stories they’ve heard about its mind-muddling effects. In fact, Ayao says he already regrets the impact tramadol has had on his life. He feels left out when his former classmates talk about things that are happening at school. Perhaps if someone had told him about the dangers of tramadol before he started taking it, things would look different today.

While it may be too late for Ayao, NGOs and civil rights groups such as ANCE-Togo have extended their school- and community-based programmes on alcohol and tobacco to include tramadol, hoping to prevent kids from experimenting with it in the first place.

There are also measures being put in place to address the lack of strong painkillers for people like Grace. The Ministry of Health has an action plan for integrating palliative care into all levels of the Togolese health system. This has already included sending a small cohort of health workers to Uganda to learn from the pioneering approach to sustainable palliative care there, one aspect of which is that nurses and clinical officers can prescribe oral liquid morphine. But these measures are likely to take a long time to show any real effect.

In the meantime, Grace remains unwilling to give in to her pain. She’s promised herself that she will continue to transform her suffering into strength, and is working towards going to the USA to study public health. That way, she says, she can participate in the conception and implementation of policies that will help people with sickle-cell in her own country.

“I want to live a good life,” she says, “and not regret anything.”

* Some names have been changed.

This article first appeared on Mosaic and is republished here under a Creative Commons licence.

Closing the Wealth Gap, One Woman Entrepreneur at a Time 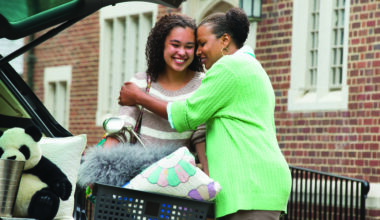 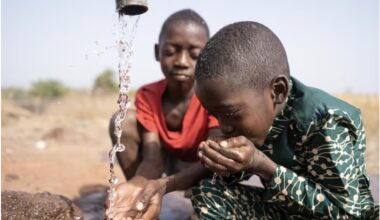 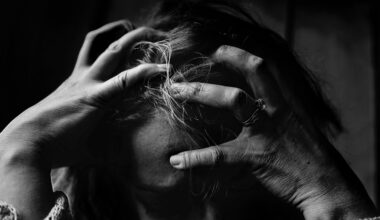 Read More
By Jacob Waiswa Buganga Over the last two decades, mental health perspectives have been evolving from predominantly western…