The Impact of Mobile Phones in Kenya. 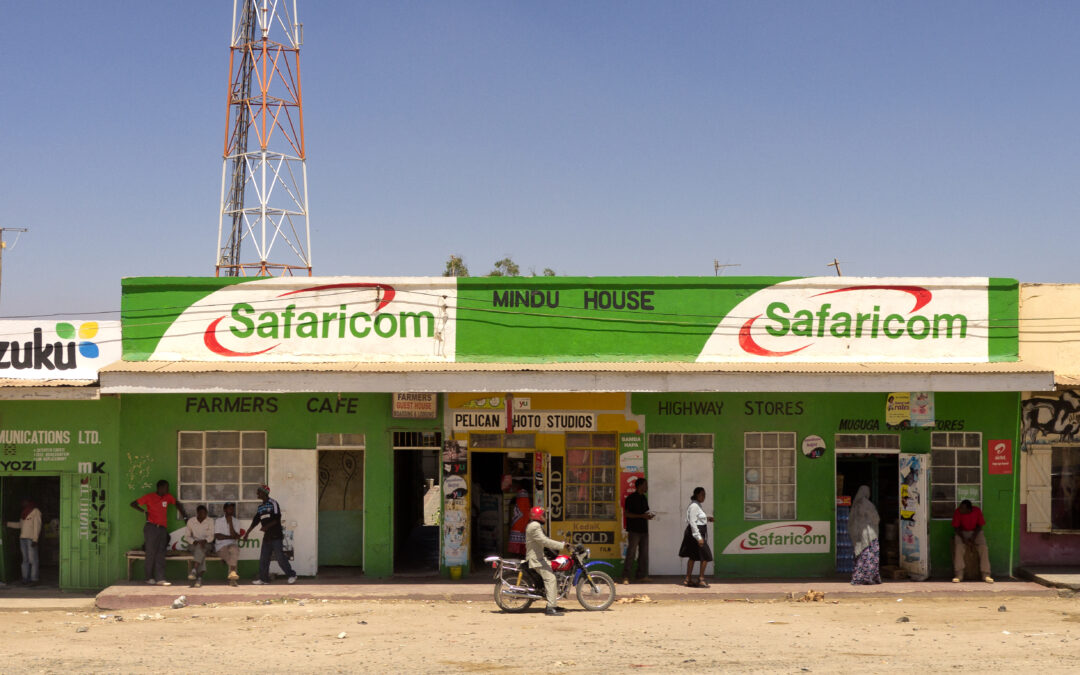 Every morning, except Sundays, Monica Njue wakes up to go to work. She owns and runs an M-Pesa shop in Gatongora, less than 2 kilometers from Ruiru town, Kiambu County. Besides being a mobile money agent, she is a shopkeeper and greengrocer. Monica, a mother of three, started the M-Pesa shop together with her husband, to supplement her income. “We reasoned that it would be a good idea to have a side gig that would pay for this room’s rent”, she told me in an interview outside her shop, in a temporary roofed structure that doubles up as the grocery.

Monica’s shop is part of 14 others along a 200-meter stretch. Together, these and other attendants form a network of over 245,000 mobile money agents who depend on M-Pesa as a monthly income earner. These mobile money agents enable the 31.79 million active mobile money users – as of September 2020 – to withdraw or deposit money, thus facilitating transactions. In return, the agents earn a commission on the amount deposited or withdrawn.

“It’s a business that can sustain itself. One agent across the road used to earn about KES 20,000 ($200) per month in commissions from her operations before the pandemic hit,” Monica said. Hers is part of the story of one of Africa’s most significant innovations. It perhaps captures one of the impacts of mobile phones in Kenya – cellphones have employed many by facilitating cashless transactions and mobile banking.

Besides this fact, mobile phones have eased communication and access to information. They have also enhanced emergency response. It is necessary to look at how mobile phone usage has grown over the years to grasp the full picture.

Mobile Telecommunication Market in Kenya
The presence of millions of mobile phone subscribers was not always the case. The present explosion traces its roots to the year 2000 when Safaricom and Kencell officially entered Kenya’s mobile telecommunication market. Safaricom’s entry was six months later than Kencell’s. For the first six years of these firms’ operations, Kencell was the market leader. But Safaricom eventually took over the market share and has maintained the lead since. Curiously though, throughout Safaricom’s entire existence, Kencell was rebranded severally to Zain, Celtel and, finally, Airtel.

Mobile Service Providers
There are currently four players in the Kenyan mobile telecommunication space: Safaricom, Airtel, Telkom and Equitel. But of the four, none boasts as much connectivity and network coverage as Safaricom. Safaricom also has the largest market share with 38.14 million subscribers, compared to Airtel’s 16.27 million, Telkom’s 3.77 million and Equitel’s 1.66 million. Given its dominance, a look at mobile phones’ impact somewhat touches on Safaricom’s influence, starting with mobile banking.

Mobile Money Transfer and Banking
While strolling around any town in Kenya, one thing is guaranteed. You will come across a building or storefronts painted green, Safaricom’s signature color, and adorned with the writing ‘M-Pesa.’ The name, M-Pesa, is somewhat of an incomplete portmanteau. M stands for mobile, while Pesa is the Swahili word for money. 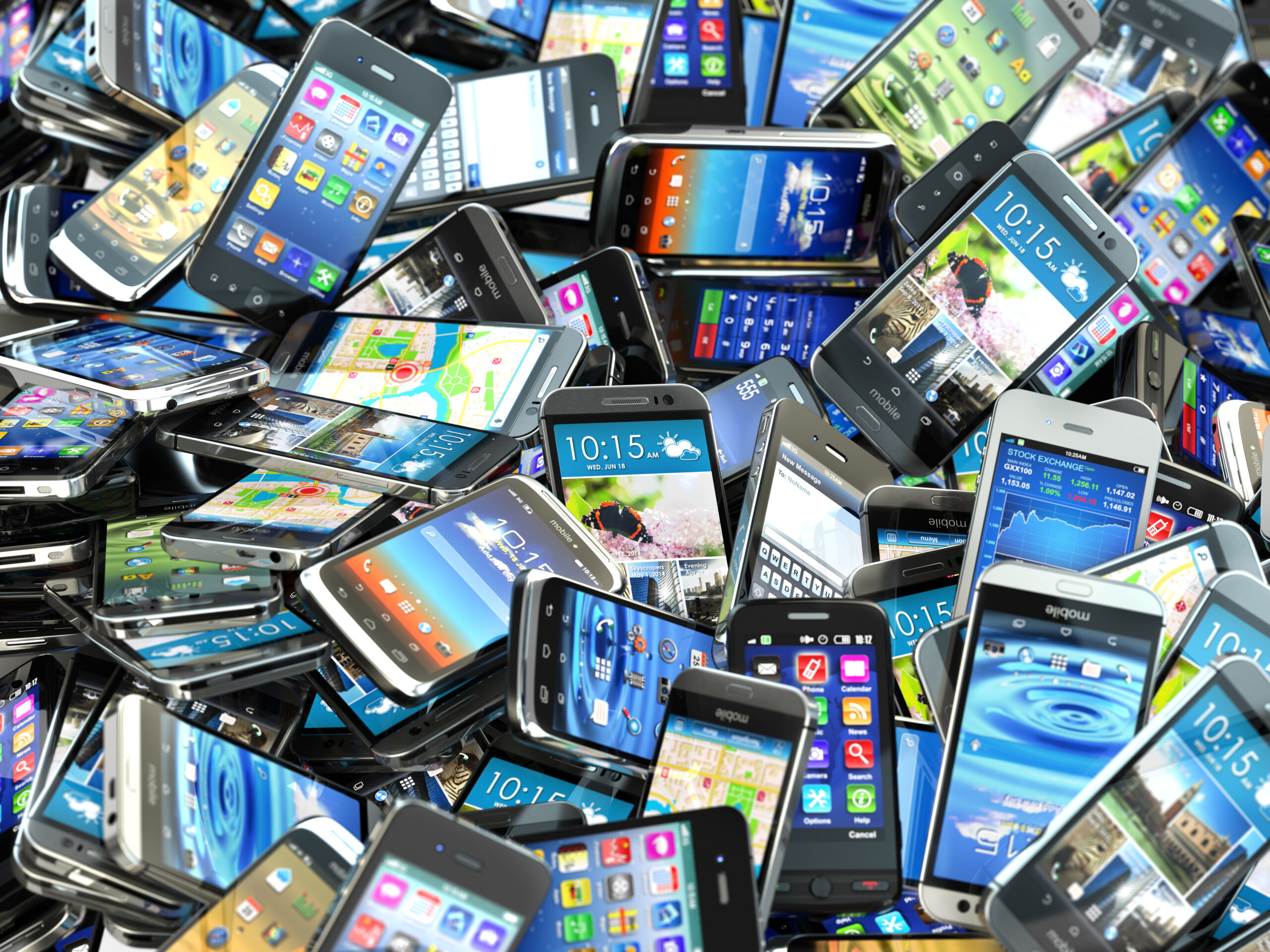 M-Pesa is a peer-to-peer money transfer service that was created in 2007 and revolutionized the Fintech scene. Thanks to M-Pesa, sending or receiving money became convenient and safe. Previously, people used to send money using courier services and public transport vehicles, locally known as matatus. But there was always a possibility of theft.

However, this changed with M-Pesa. It eliminated the middle-man. People could now receive money sent from hundreds of kilometers away, instantly and conveniently. They could also withdraw the money whenever they wished. But the transition was not that swift.
According to David Ndii, a renowned economist, M-Pesa started taking off around 2010, three years after it had been launched. Since then, it has grown tremendously. The latest data from Safaricom show that M-Pesa handled KES 9.04 trillion ($82 billion) in a total of 5.12 billion transactions in the six months ending September 2020.

Access to Credit
A close analysis of these transactions paints a clear picture of mobile phones’ impact in Kenya. According to a Financial Sector Deepening Kenya (FSD) report, 54 percent of all digital loans are provided through mobile banks or loan apps, which depend heavily on M-Pesa.

Some of these loans are offered to farmers whom the report found do not receive as much financing from Kenyan financial service providers. The providers cite the high risks and the lack of enough financial information on the farmers’ part as the reasons for not offering them credit. Thanks to mobile phones and an initiative by FSD, though, farmers can apply for loans using USSD with the service relying on credit scores that Safaricom provides.

Cashless Payments
In 2013, Safaricom introduced the Lipa Na M-Pesa service. It enabled users to pay for products and services using their M-Pesa accounts – Lipa is the Swahili verb for pay. The service promoted cashless payments and has continued to grow because of its convenience and security.

“Some of my customers are college students who used to ask me whether I have the Lipa na M-Pesa service. So, I had to register as a merchant with Safaricom.” These were Ruth Wangechi’s comments when I asked about her experience with the service. Ruth is a greengrocer whose shade is a few meters from Monica’s shop. “Unlike normal M-Pesa transactions where a user can reverse the money sent, with Lipa na M-Pesa, a user cannot. This means that my money is always safe,” Ruth continued. She uses one of her Lipa na M-Pesa merchant accounts as a savings account.

In 2020, Lipa na M-Pesa accounted for 85.8 percent of all cashless payments in Kenya. The service, which relies on mobile phones, has greatly helped vendors and customers alike receive payments and pay for products and goods, respectively, efficiently and conveniently.

First-mover advantage
Importantly, Airtel and Telkom have their eponymous money transfer platforms. But M-Pesa has eclipsed them due to its first-mover advantage and a vast network of mobile money agents. At present, M-Pesa has 31.42 million active users, while Airtel’s Airtel Money has 341,306 users. Telkom’s T-Kash has 32,875 users, according to the latest data from the CA.

Improved Communication
Mobile phones are critical communication tools that enable people to communicate with their loved ones in different parts of the country and even abroad. The evolution of technology and subsequent investment in the said technology by service providers has significantly improved communication.

Emergency Response
From quality voice calls and fast internet access, the interconnectivity is unmatched. With this, more advantages have arisen. For instance, it is easier and cheaper for people to call nearby hospitals for medical assistance during medical emergencies now than in the early 2000s. If the situation is not that dire, they can access information online on how to deal with the issue either using first aid or following instructions provided in real-time by a doctor or nurse.

Further, if they have to visit the hospital and an ambulance is not available at the time, they can log onto Google Maps or any other cartographic app. Such applications will provide directions to nearby health facilities, thereby saving a life or lives. All these would never have been possible without mobile phones and the existing network coverage in Kenya. Mobile phones have eased access to information and education materials from the web.

Of course, no technology is perfect, and mobile phones are no exception. They have facilitated crime and terrorist attacks. The most notable of this is the September 2013 Westgate attack that led to the loss of tens of lives. Despite the negatives, mobile phones stand out as having revolutionized the financial sector and provided access to information.