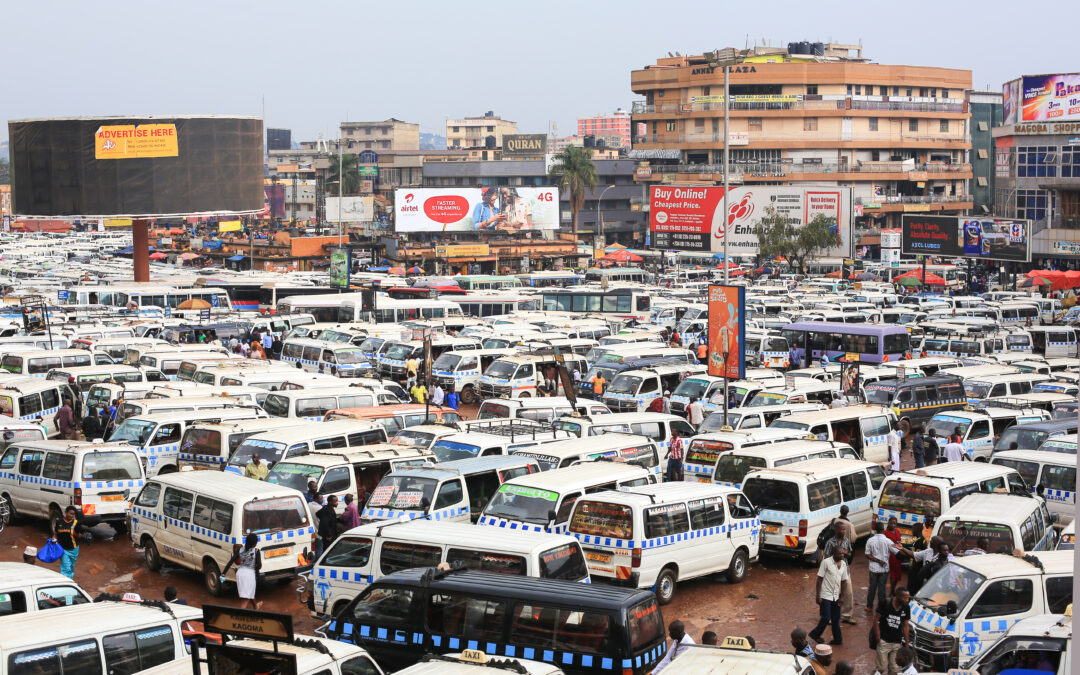 In the international arena, the buzz word ‘mobility’ conjures images of high-tech mass-rapid-transit systems in international cities, linked with entrepreneurial, tech driven start-ups such as e-hailing companies, micro solutions like e-scooters and share bike programs linking efficient, high speed rail and air solutions modernized to meet our contemporary transport needs. In South Africa, ‘mobility’ denotes the urban transport imperative that is integral to our economic activity, an informal modality all but void of innovation, propped up and supported by our often ominous Minibus taxi industry.

In South Africa, the transport sector is dominated by the Minibus Taxi, an often colourful 14-16 seater minivan, loved and hated by both the 15 million daily passengers who use them, and those share the roads with them. These taxis operated illegally from 1977 until they were formally legalized in 1987, carrying passengers from outlying areas dedicated by the Apartheid Government’s spatial planning regime, to racially exclusive city centers and economic hubs. Road-favoring policy, lack of government funding and a lack of reinvestment in the extensive rail infrastructure has allowed a situation where minibus taxis are able to punch above their weight offering provincial commuters a nimble solution to their transport needs – where rail should be untouchable – especially in a country that possesses 75% of the African continent’s track. The resultant environment is where minibus taxis are responsible for 25% of South Africa’s passenger transport mix, placed between private car use (38%) and walking (21%), whereas rail is responsible for only 4% of the market.

Beyond South Africa, other African nations rely on similar mobility systems, East Africa’s minibus taxi equivalent is the Matatu which is possibly more colourful, and erratic than their Southern counterpart, and enjoy an even stronger position in the transport mix of the average East African. Where East Africa differs is their use of motorcycles, known as Boda-Bodas to address micro-mobility requirements, whereas South Africa, once again the minibus taxi addresses this segment.

In West Africa, the micro-mobility segment is serviced by bush taxis, and increasingly, Okadas. An Okada is a motorcycle based micro-mobility solution that has enjoyed incredible popularity in recent years, with phenomenal growth, however, this growth is happening alongside the introduction of tech. This is allowing for the mode to be developed with the efficiencies that technology provides. Max.ng – originally a motorcycle courier company in Nigeria – has recently introduced the capability of ride-hailing to its app offering, therefore marrying mobility and technology in its micro-mobility offering. Along with expansion within Nigeria, plans are afoot for regional expansion into Ghana and Cote D’Ivoire.

In a region where vehicle ownership is often beyond the means of the populace, and air travel is priced out of reach of the majority due to government imposed taxes, the Peugeot 504, often referred to as the ‘The French Warhorse’ in West Africa, services most medium to long haul passages, and facilitates their trade. These are informal vehicles, that carry anywhere from 2 to 9 passengers and their cargo from any major city to any destination of any significance in West Africa. Although technological innovation beyond their own innovation is all but absent, these vehicles continue to move millions of passengers every year between Mauritania, Senegal, Mali, Guinea and Burkina Faso.

The technological business community is finally starting to acknowledge the capabilities and potential synergies of these on-demand informal offerings, with companies like Max.ng and Gozem.co applying the efficiencies of technology to the operational competencies of this unique mix of transport solutions, one can only be optimistic about what the future has for these partnerships, and how they will shape economic life going forward. 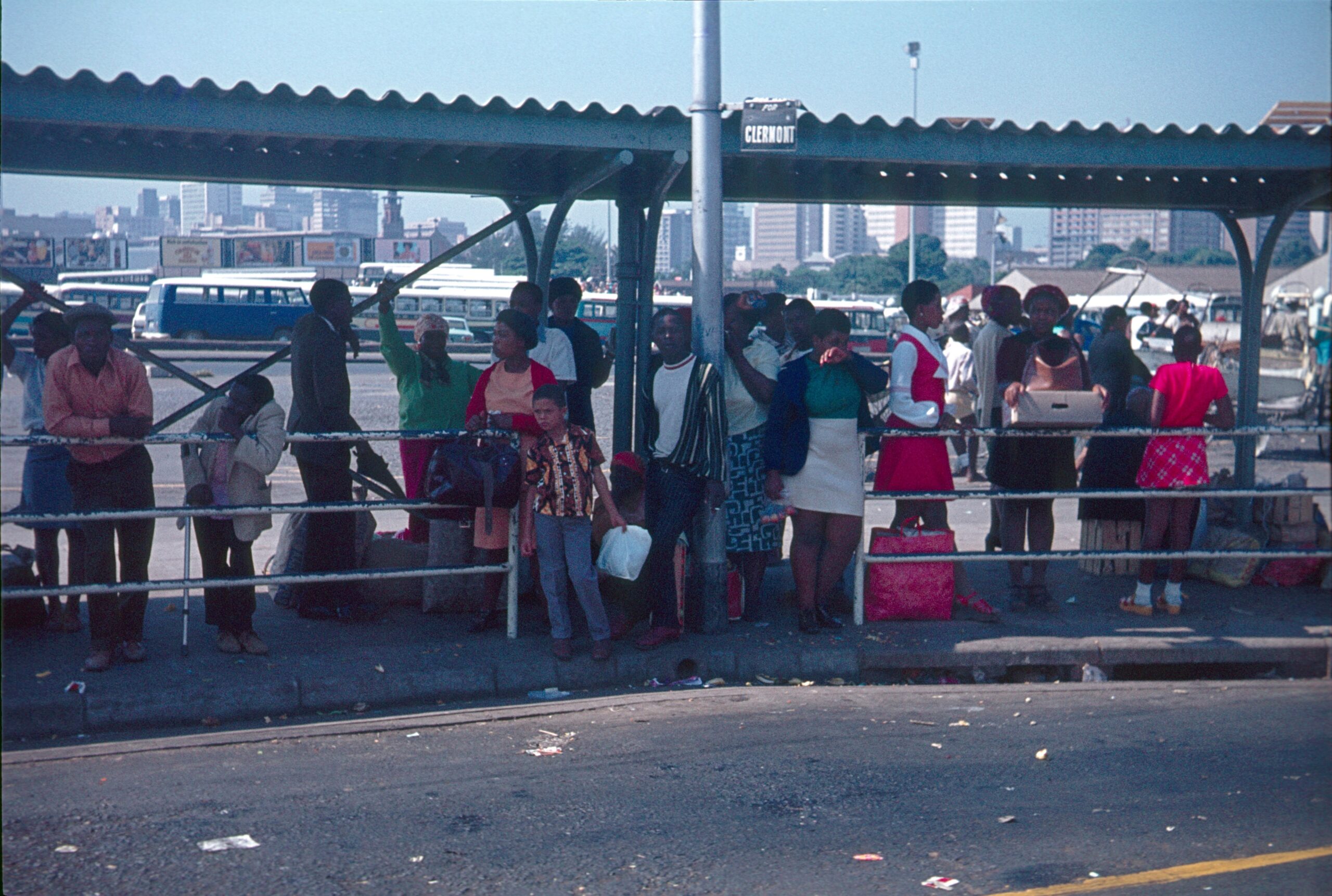 With the African Union’s Integrated Highspeed Rail Network, a flagship project of the Agenda 2063, aiming to connect Africa’s capitals and trade hubs through a continent-wide, standard-gauge High Speed Rail Network, focus for the current stakeholders of the micro-mobility space will need to pivot toward more under-served routes, and intracity mobility rather than the current long-haul passenger service enjoyed by operators between major cities and regions. Furthermore, the introduction of a High Speed Rail network will lead to regional economic expansion around these rail nodes. This offers technology to play an increasingly important role to formally integrate these independent solutions into a seamless transport ecosystem.

Applying Africa’s unique transport system to international mobility trends, we see an interesting convergence. Global cities are focusing policy frameworks and public mandates on reducing emissions are congestion standards by reducing the number of vehicles on their roads, with goals such as the Mayor of London’s transport strategy, aiming for 80% of all trips in London completed by bicycle, walking or public transport by 2041. Cities are encouraging modality shift (people replacing their cars) through modal densification with the use of innovative tech driven solutions.

Uber’s Chief Executive, Travis Kalanick famously said that his solution would lead to a decrease in congestion in our cities, however the Wall Street Journal has pointed out that their ride hailing solutions have made congestion worse. Although e-hailing may have increased congestion, they have paved the way for entrepreneurial entities to innovate. Applying the e-hailing solution to systems designed to efficiently increase mobility such as privatized mass transport, you have an ideal that many global cities currently seek.

One such solution is ViaVan, a partnership between an American Mobility-As-A-Service (MAAS) company, Via, and Mercedes Benz Vans which uses their proprietary algorithm to aggregate demand on particular routes, promoting a densification of passengers who require a vaguely similar origin/destination trip to share a vehicle. They do this by taking the riders needs into account, creating a virtual bus stop or pick up point, and pooling their riders to achieve efficiencies not yet seen in our major tech-driven mobility start-ups. This solution emulates Africa’s Minibus Taxi method of operation, except instead of contested routes and taxi associations, algorithms and big data run the aggregation.

An Egyptian based startup, founded in 2017 and already operating in 5 countries, SWVL is possibly moving into this space. SWVL have managed to merge tech with Africa’s established mobility offerings and are capitalizing on the efficiencies gained. The efficiencies are enjoyed on the supplier side, with better demand forecasting, market accessibility and certainty. The demand side enjoy planned rides, app-supported transactions and being able to book your seat. This solution, addressing the gap between expensive on-demand ride hailing, and inconvenient, unreliable public transport has been widely accepted by both its daily riders, as well as investors, raising over $80 million in funding to date.

Challenges certainly exist on Africa’s path to fully realizing the benefits Mobility-As-A-Service. Operator buy-in is key, as an efficient system relies on participant co-ordination and access to open-based data gathered from across the transport mixes to efficiently aggregate demand across operators and sectors, ultimately integrating these services into the most efficient offering. This coupled with a strong policy framework where governments no longer are providers public transport, but rather issue permits and licenses for the private sector to assume services will allow competition to further increase rider satisfaction and modal shift.

Multinational Mobility companies, such as Alstom, have realized that the roll out of these technology-based platforms, integrated with the front-end users (such as driver apps, and passenger apps) offers an opportunity to further increase regional efficiencies through an integrated orchestration of these services, as well as offer new methods of control for a City’s administration. Alstom’s Mastria is one such solution that creates the foundations of a Smart City. Mastria continuously monitors and controls city-wide mobility solutions, allowing a real-time reaction capability. Using Big Data and Artificial Intelligence, Mastria is able to mitigate the impact that most negative events may have on a city’s traffic flow, from natural disasters to sporting events. As new technologies are developed, the capacity and capability of such a system will only be enhanced and strengthened. With Africa’s congested cities, the potential impact of technological innovation and its associated efficiencies is huge, only surpassed by the socio-economic impact that a more efficient mobility ecosystem could have.

Further to the benefits of decreased congestion, emissions increased access to economic hubs and ridership, this would encourage further innovation through the private sector building a stronger skill base to develop different kinds of MAAS supporting systems – further increasing efficiencies, possibly allowing Africa to compete on the global stage.

As public transport is the backbone of technology driven mobility solutions, ride-sharing services have shown to work best in environments where public transport is widely available. Competencies and efficiencies shown in the African environment are now applied in cities across the world, conversely, the space for innovation in our own nodes and links is immense. We need to change our perception of the minibus taxi being a competing mode, and rather allow technology to manage it with its competitive characteristics in mind, a cog in the system rather than a system on its own.